In Copenhagen this past spring, Jamo, the preeminent Danish loudspeaker manufacturer, chartered new terrain when it launched a fully-integrated home theater solution. The line addition of both electronics and plasma displays marks a daring departure for the company whose identity has become inextricably linked with audio.

The new solution, dubbed the 2F Concept for its intersection of form and function, encompasses an HD- and ethernet-ready plasma, DVD/DVR, source amplification and surround sound in a system that embodies Scandinavian industrial design and technological acumen.

Price points and shipping details of the 2F line will be released at an official launch at the 2004 CEDIA EXPO in Indianapolis this September. Nonetheless, Jamo took the spotlight in Copenhagen to introduce to the press and notable residential dealers its new system and the motivations behind the gallant business move.

Jamo, pronounced JAY-mo, YAH-mo or JAM-oh, depending on who you ask, was founded in rural Denmark by Preben Jacobsen and Julius Mortensen in the late 1960s on the principles of artful craftsmanship and faithful sonic reproduction. The company name reflects this merger of mind and talent between Jacobsen and Mortensen.

Many decades later, the modest company has become a powerful force in the hi-fi industry. Ranked as the EUs best-selling loudspeaker manufacturer, Jamos market share continues to grow internationally. The company retains its manufacturing plant in the Danish city of Glyngre and maintains a 70-strong satellite network around the world. The Chicago region houses both Jamo U.S. operations and a finished-goods warehouse.

In the past five years, Jamo has garnered international praise for its unconventional freestanding and in-wall loudspeakers. A popular product in recent lines has been the concentric A 2SUB; its feature-set and compact, wheel-shaped design make it one of the most unique subwoofers ever brought to market. Determined not to rest on its laurels, Jamo decided that staying ahead of the curve meant switching gears and adding some new ingredients to its mix.

The trajectory of the custom industry is moving toward systems, stated Anders H. Hiris, CEO of the Jamo Group. And the Jamo business must also embrace full systems, not just components. We see the bulk of new business being the systems that include the best sight, sound and usability.

After ascertaining that systems were the right direction for Jamo, the challenge then was to pursue product that met todays high-tech standards, but never compromised the signature quality that has become Jamos hallmark. Jamo engineers and staff knew from the inception of their systems strategy that the evolution from components would be far from seamless.

One problem with cutting-edge technology is that sometimes it is difficult to use, Hiris stated. We want everyone from the youngest user, to an 85-year-old person to be able to use, to its full capacity, the remote control and operate the system with the touch of one button.

Additionally, Jamo wanted to invest resources into product that would be both conceptually and technologically complete, yet totally upgradable.

Jamo is late to the game of integrated home theater solutions, though the company claims that this is exactly what gives them the edge. Observing what competitors have done correctly and incorrectly has given Jamo engineers valuable insight, they say. Bang & Olufsen, also a Danish design darling, has been doing full systems in earnest for years. B&0 is also recognized for offering full interior solutions that incorporate much more than just technology. Walk into any of B&Os boutiques that pepper the east coast of the U.S., and you will see innovative technology with sculptural finesse that lets it stand alone as contemporary art.

While not offering complete audiovisual integration packages, manufacturers such as M&K, Sony and Yamaha have experimented with Home Theater in a Box (HTIB) in some form. Jamo is quick to distinguish itself from HTIB, however. Besides the addition of the plasma displayan ingredient usually absent in HTIBits also a quality issue.

HTIB, a denizen of any Best Buy and Circuit City retail floor, is a surround sound system packaged in one box that connects to virtually any video display. HTIB can range in price from $200 to $2,000 and usually includes an A/V receiver, five or six surround sound speakers, a powered subwoofer and a DVD player with multi-format playback. According to recent data from Consumer Electronics Association (CEA), sales for HTIB in the U.S. remain on a strong and steady path.

Jamo director of innovation and technology, Sren Mller, declared, This is not home theater in a box. What we offer is the most advanced integrated solution for true synergy. Every component, every setting matches.

One look at the spec sheet will show you why. The system is comprised of three components: Jamos first plasma, the HDP 4250 42-inch HD display; the A 3 loudspeaker system thats either wall-mountable or standing; and the DVR 50 DVD, a progressive-scan DVD equipped with DivX. The DVR 50, like other devices in the line, is fully hardware-upgradable via CD-ROM.

The super-slim HDP 4250 plasma is a native 1024 x 1024 resolution screen that is ethernet-equipped for auto firmware and hardware updating. It is fully PC- and MAC-ready and incorporates a Sigma chipset. The 2F Concept price point is expected to fall under $10,000, though official prices will be released at CEDIA.

Though price, product specs and performance elevate 2F to a high perch, arguably the most compelling element is its elegant industrial design. The Danish design firm of Birgitte Smedegaard and Sine Weiss, who won accolades for previous Jamo equipment, established a cohesive visual language that breaks conventional paradigms.

The marriage of form and function was the guiding theme in the narrative of the 2F process. Each device fuses traditional Scandinavian design code with new interpretations, including restricted use of color, unembellished contour and an emphasis on the purity of line. The design team and Jamo engineers collaborated to create a finished system that reflected simplicity and supreme ease of use, from the streamlined remote, to on-screen menus to speaker grilles.

The challenge is how to simplify complex technology, Smedegaard explained. It is important to create a product with 110-percent ease-of-use that also takes advantage of features. Technology can be overpowering to some people, so our strategy was to make people feel comfortable, to invite them in.

How do you design high technology within a simple chassis? You must have the courage to know what to leave out, Weiss stated. You must make essential decisions to help people experience [the system], Weiss noted. The industrial design philosophy also prioritized usability; the design team explained that ergonomics are as critical to the 2F experience as aesthetics.

Smedegaard and Weiss, an all-female design firm, are acutely aware of the delicate balance between womens aesthetic preferences and mens performance expectations. For example, the subwoofer, usually most intrusive monstrosity in the home, was conceived for 2F within the framework of an integrated solution, not as an isolated product. The result is a subtle, clean subwoofer with confidencenot brawnwhich communicates visually with the rest of the product family. All A 3 surround speakers can be mounted on the wall or fixed to low-profile speaker stands.

We wanted to create a style that people will want to make visible and wont want to hide, Smedegaard stated. This system is quiet. It is not anonymous but not imposing. It is discreet, sculptural and confident.

Despite the surplus of plasmas now available and the fact that dealers are already allied with manufacturers, Jamo believes it has established a new standard. And its taking its message to the CEDIA marketplace.

Will dealers trust a loudspeaker manufacturer to make plasmas? Only time will tell. Jamo has no intention of altering its distribution channel and it plans to offer extensive dealer training on the 2F Concept.

Jamo expects that 2Fs unique value proposition for the dealertime-saving practicality and sophisticated stylewill sell itself. The company also thinks that 2F will help the industry by raising the bar of simplicity, intuitive design and aesthetic superiority.

Were addressing an audience who is not thrilled by technology alone, stated Poul Henning Pederson, Jamos director of development and technical areas. 2F is a complete solution for the home that allows flexibility in one basic model, and is equipped for the future. 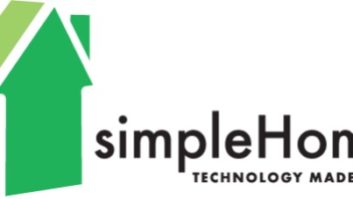