Linksys has announced the availability of what it calls “the market’s first Wi-Fi 6E certified systems,” the Linksys Hydra Pro 6E and Linksys Atlas Max 6E.

Built with Velop Intelligent Mesh and utilizing the newly opened 6 GHz band, the Linksys Hydra Pro and Linksys Atlas Max expand the user’s network for the fastest speeds possible to every corner of the home. Wi-Fi 6E offers the 6 GHz band connection that is needed for device-heavy homes and ensures optimal performance for videoconferencing, and working and learning from home, as well as the latest AR and VR devices.

The Linksys Hydra Pro 6E tri-band router unleashes multi-gigabit Wi-Fi speeds at up to 6.6 Gbps (AXE6600) to cover 2700 square feet and more than 55 devices at one time. It combines built-in mesh technology and a chipset from Qualcomm for wire-like stability and fast performance.

Other key features include a 5 Gbps WAN port for multi-gigabit speeds, easy setup through the free Linksys app, compatibility with existing modem and internet provider, and automatic updates and Guest Access to ensure your network is secure and up-to-date.

Unveiled in January as the Linksys AXE8400 Wi-Fi 6E System, the newly dubbed Linksys Atlas Max 6E is now available for purchase. Powered by the Qualcomm Networking Pro 1210 Platform, the system supports bandwidth-heavy homes and leverages the 6 GHz band for backhaul between nodes so that all devices — 6E or not — benefit from the system. 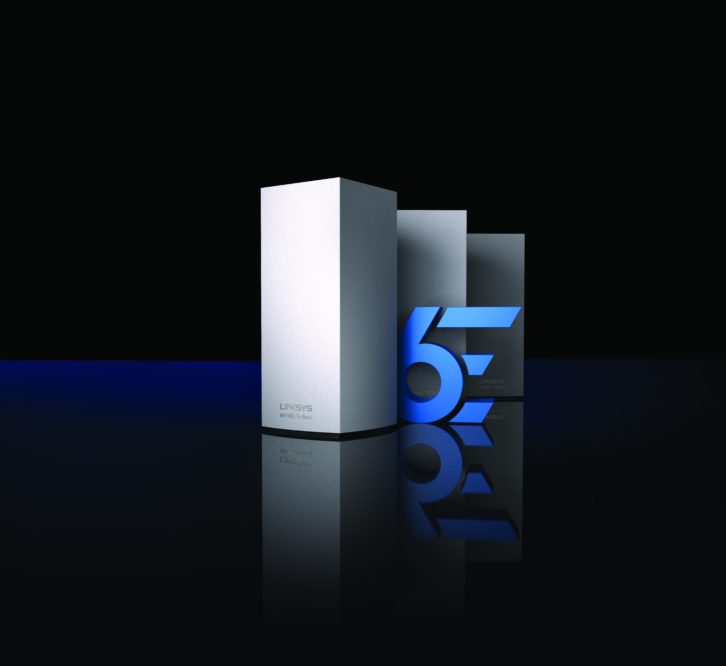 It is the first fully certified Wi-Fi 6E solution by the Wi-Fi Alliance, ensuring it meets the highest standards for security and safety so consumers can have peace of mind using any device on their network. Linksys also states that It is the first Wi-Fi 6E system with mesh built in, no extra updates or additional hardware necessary. Other key features include 1-pack, 2-pack, or 3-pack options, mesh capabilities for growing Wi-Fi needs, a 5 Gbps WAN port for multi-gigabit wireless speeds, four Gigabit LAN ports and one USB 3.0 port for multiple hardwire or USB connections, app-based setup, and compatibility with existing modem and internet provider.