Digital Projection has officially launched its attention-grabbing Satellite Modular Laser System (Satellite MLS) for the North American market. The keystone feature of this system is the separation of the pure laser light engine, with the associated power and thermal management, to a remote location. This enables a compact and virtually silent projection ‘head’ that primarily contains optics, video processing, and cooling related to the image modulators.

Given the modular components that comprise the Satellite MLS system, integrators can design a custom one-to-many, or many-to-one configuration between the MLS light sources and the Satellite projection heads: 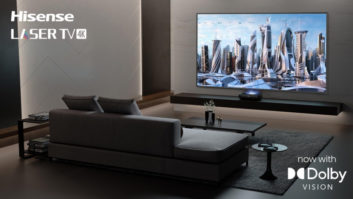