I wanted to thank you all for the letters, e-mails, phone calls and faxes in support and critique of my last column. Although I thought the lack of concern that some people take for their quality of work was a localized issue, it is apparently widespread and affecting our industry. I have received correspondence from Maine to San Diego, so I know it is becoming a large problem and concern for company owners, homeowners and installers alike.

Therefore, I thought I would dedicate this months column to common sense, a concept that stems from my last column, but on a much more everyday level.

Do you have common sense? It never ceases to amaze me the number of dumb things that we, as installers, do incorrectly on a job. It starts with the simple things. For instance, when you walk to the door of the house or construction trailer, hang up your cell phone and be ready to focus 100 percent of your attention on the customer that you are about to face. One of the biggest turn-offs for your client is seeing you, the representative of your company on the job site, too busy talking to your honey on the phone to acknowledge them. Your client is excited to meet you, because it means that the project is about to get underway.

What a buzz-kill it must be for them to be ignored by you.
Dirty work boots in your clients home is another no-no. When you walk through the door, always take your shoes off. Even if youre invited to leave them on, take them off (ladder work and joist hopping are certainly exceptions to this rule, but care should be taken nonetheless.)

It amazes me just how many horror stories I hear, and how many times Ive seen unbelievably stupid things. I walked into a job site once, where the cabinetmaker was putting the final touches on some very elaborate total wall units that he had made. They werent finished with a final coat yet, and he was working with an orbital sander to shave a small amount off one corner for a better fit. This gentleman had just finished chastising one of my installers because they had placed a pair of wire strippers on the unfinished cabinet, when he set his still-orbiting-with-80-
grit-sandpaper sander on top of a very expensive antique table. Just like that, without even thinking, hed just put the finishing touches on a set of completely custom built-ins. Had this man taken just a few seconds to take his own advice (like placing drop cloths on and near his work area, which he had mentioned specifically to my installer), then a cherished antique would not have been ruined.

In another instance, I was going to be doing some ladder work, so I opted (with the owners permission) to use shoe covers instead of removing my shoes and walking across the house. Later, I needed some tape out of the truck, so off I went. Across the driveway, through a mud puddle, into a snowdrift, to the truck I went. Then I came back and walked straight across my clients white carpets and $25,000.00
Persian rug. Oops! I had forgotten to take off the booties, and had made quite a mess.

A good rule of thumb that we should follow is that nothing of ours should directly touch anything of the clients. Drops cloths, a piece of cardboard, something should always be a protective barrier between our stuff and theirs. This is not only a common sense issue, but its also a matter of respect. If a client sees you taking the time to make sure that their property and feelings are protected, they will reciprocate that generosity to you. They will offer more referrals, and they will certainly return as lifelong customers.

If, however, you pull a stunt like a fellow installer of mine once did, and stop up a toilet that required Roto-Rooter to fix, there is a strong likelihood that the talk about you and your company after the job is finished will gravitate to that one moment of stupidity. The entire system could work perfectly, but the one thing that will be told over and over, is the story about the installer from XYZ Audio that didnt ask to use the bathroom, and did very bad things in it.

Perhaps, however, the most blatant instance of utter nonsense that Ive seen recently happened about three weeks ago while I was headed to work. I was driving down I-25 in Denver (a major freeway, with major congestion) about 9:00 in the morning. I was in the fast lane, because I was going about 70 mph in a 55-mph zone, with traffic. I looked in my rear-view mirror, and here came a white van, ladders on the roof, like it was responding to a fire. They came right up on me, then started honking and flashing their lights. I pulled over one lane, and low-and-behold, it was a major, local electrical and plumbing contractors van, with two younger looking people inside. This companys vans had graphics from floor to ceiling and front to back, so it was easy to get a number. The worst part was that they were both flying the bird at me as they drove past. They proceeded down the highway, still at 80 mph, and did this to three other cars, that I could see before I lost sight. Now thats good publicity for their company!

The moral of this story is simply to use common sense. We all have it, but many of us forget to use it. Respect people and their property, and dont do anything to anyone elses home that you wouldnt do to yours. In the end, it all comes back to us and our respective companies. So make the right impression, by simply being smart.

Brian Collins is a CEDIA-certified professional installer and consultant in Denver, Colorado. Hes also the co-founder of www.integrationpros.com, a website designed specifically for professional system integrators. 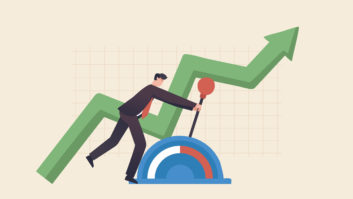