I usually reserve Fridays for writing, running, flying, and otherwise not doing anything involving the day-to-day of Livewire, IntegrateU, or Parasol. Most weeks this intentional effort yields some of my best ideas. Having the space to think and step back is something I’ve always needed and tried to carve out for myself. This past Friday didn’t work out this way.

Part 1: Fighting the Battle of Next Week

My day began with our sales huddle call where we talk about how we’re doing as a team. Sales have been down for us since early October while our production calendar is booked well into January. That’s a surreal and scary feeling. I tried to keep things positive while focusing on lead behaviors (like prospecting and figuring out how to forge new relationships during a pandemic), which yield closed won business. Thank goodness for our fractional sales manager, Neal Lappe, who is a steady hand at the tiller in times of turmoil. He keeps us all pointed in the right direction and accountable to each other. I moved on and went for a much needed seven-mile run.

I decided to visit the Apple store and finally buy a new computer. Don’t tell anyone, but I’ve been using the same Mac Mini for the last 10 years. I don’t know why I’m such a cheapskate when it comes to buying computers (or any other technology). Maybe it’s the fatalism around seeing dumpsters full of expired shiny objects — the same technology that a few years ago fetched thousands of dollars. It’s twisted my brain into regarding much of the tech products we buy as the ultimate dead equity. I finally settled on a new iMac, surrendered my credit card, and brought it home. That’s when things started to spiral downward.

The phone rang. It always starts this way. It was our scheduling coordinator letting me know one of our technicians may have been exposed to Covid-19. The ripple effect threatened our entire installation calendar for the next few weeks. Very quickly I started getting more text messages from my sales team asking me to soothe angry customers. I hate this part of my job, but I’m good at it. I began dialing and apologizing to people I’ve never met for things I didn’t do. Such is the life of an entrepreneur. The buck stops here. Things kept getting progressively worse as the day wore on.

Our accounting coordinator, Kelsey, called me and let me know she had an angry customer standing in front of her demanding charging stations and batteries for her remotes. That was a first. I don’t think we’ve ever had an angry customer storm the building. Maybe you have? Kelsey handled everything with aplomb and I thanked her for what Ritz Carlton calls “lateral service.”

The phone rang again. This time our project manager wanted to swap two jobs around but the customers needed to agree to it. One of them happened to be a friend, so he wanted me to see if there was any wiggle room. I called the angry customer first and asked him if he had any flexibility. He didn’t. He also threatened to yank some other work he had pending for his company if we didn’t get everything installed before Thanksgiving. I told him we’d see what we could do and promptly called my buddy. I offered him a $1000 gift card as a thank you for being flexible but he declined. I called my project manager back and told him we should give it to a competitor, but just then my call waiting beeped in. I clicked over and it was my buddy saying he’d spoken to his wife and we could swap the jobs. Hooray! I called my project manager back and shared the good news. Crisis averted.

What did I learn from all of that? We’ve got a great team, great customers, and we’re good in a fight. I don’t know about you, but I can’t wait for the pandemic to subside. Until then, you can find me fighting The Battle of Next Week.

How have you been impacted by Covid-19 and how do you handle stressful situations? 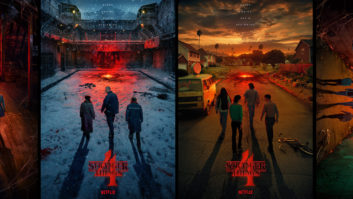